An apprentice’s employment contract is a work contract like all others and as such, it should not differ much from other employment contracts. The apprentice is an employee, after all, and will be required to do work. The only difference is that he does the apprenticeship in order to get valuable skills, to gain some work experience or to broaden their network. In general, an apprentice enjoys legally the same rights and shares the same responsibilities as a regular employee. Why do you need a separate contract then?

Well, the best idea is to use an existing employment contract and just to have an addendum to it. For example, the apprentice might need it as part of their studies so they might need a certificate or they might prove that they have done certain operations during the work or that they have acquired valuable skills. You can do this as a one-page addendum quite easily.

Otherwise, the apprentice’s employment contract does not differ much from a normal employment contract. The first thing would be the terms of the contract, or in other words what the duties of the employer and the employee are. That means the working hours and the payment, eventual accommodation issues, security protocols, etc. are to be included like for any other employee. What is different is that you need to include training details as it is the main reason why an apprenticeship is done. Depending on the different needs, you should include different details but it is always better to be quite descriptive and explain well what the apprentice will do. If you do that, you achieve two goals. First, the apprentices are normally not too experienced so that they will have a better idea of what they are supposed to do. This will relieve them as they will see that their effort is useful and appreciated. Moreover, the apprentice will most likely ask you to write them a recommendation. If you have already written in the apprentice’s employment contract what the apprentice would do, you can use it for the recommendation, as well. Thus, the reference will accord to the contract and it will be more valuable when the apprentice starts looking for a job.

Our general advice is not to make the apprentice contract too complicated and by no means more complex than a normal employment contract, at least. We also advise you to treat the apprentices as normal employees if you want to have better results from them. Nobody would work well if they feel that they are not wanted and their effort is not appreciated. You can start with the apprentice’s employment contract! If they see a good, comprehensive contract, it is more probable that they would put more effort than if they have a contract which clearly was not very well-thought. This is also true for all other work contracts, as well. If you have trouble when creating the apprentice contract, do find a legal document template online. This will be an easy and cost-effective solution. 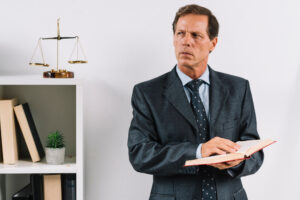 I'm a professional about legal writer. I love to share legal rights experience through this little blog. The secret to a successful blog is an amalgamation of hard work, perseverance.