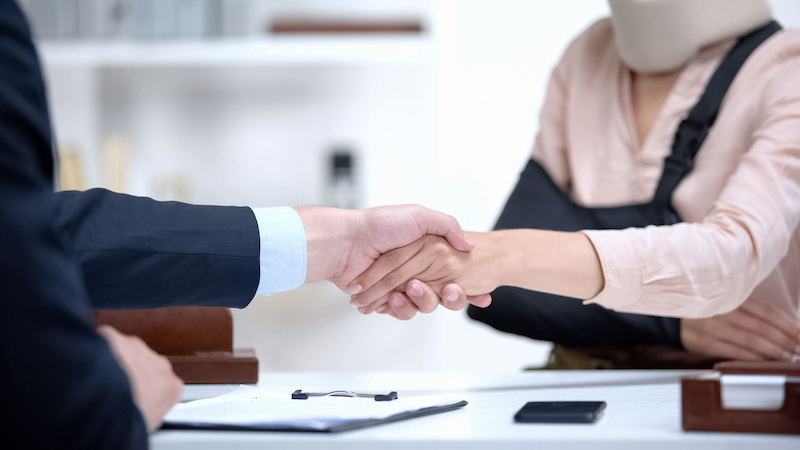 One of the first people that you will encounter after you have filed a claim is the claims adjuster. The claims adjuster works to get you to sign a release of your claim for a cost that’s as cheap as possible. That is why, it’s crucial that you know even roughly how much you’re entitled so you know how much to demand when negotiating a settlement amount with an insurance company.

Keep in mind that most insurance companies use a formula for computing the damages. This formula starts by adding up the medical special damages. These are the medical expenses that the patient incurred during the treatment of the injury. After that, they add the general damages that include pain and suffering, anxiety, depression, and other claims that are non-monetary.

For personal injury claim that resulted in injuries that are not severe, the standard formula used is this:

For personal injury claim that includes severe injuries and large non-monetary loss, the standard formula is:

For extremely severe injury cases that led to excessive non-monetary loss, insurance companies make use of this formula:

After the calculation is done, the amount may be reduced if the personal injury was partly the fault of the plaintiff.

Other than these, the amount of the compensation will also depend on several factors like type of injuries, nature and duration of medical treatment, pain and suffering and many more.

There are two types of injuries: soft tissue and hard injuries. Soft tissue injuries are those that involve tendons, ligaments, and muscles. They may include tears, soreness, aches, sprains, and strains. Although these are common in accidents, particularly car accidents, they are not visible in the X-ray but are discovered later on through pain and inflammation symptoms felt by the victim. Hard injuries, on the other hand, refer to broken bones. These are more serious than the first type of injury and require higher value for the damage claim. These require surgery, long-term treatment and recovery and physical therapy.

Nature and duration of the medical treatment depend on the injury that the victim has sustained. The more serious the injury is, the more expensive the medical treatment is, and the higher the cost of the monetary compensation from the personal injury claim. Then there are also the pain and suffering that must be considered. Some accidents or injuries don’t only bring about physical injuries but also emotional shock and mental problems. A traumatic event can result in pain and suffering, shock, trauma, stress, and depression. These would also play a role in determining the amount of compensation for the claim.

Of course, you need to hire a good personal injury attorney and lawyer who specializes in the particular area that you’re involved. For example, if you sustained an injury due to medical or legal malpractice, find a lawyer who’s good in handling such cases.