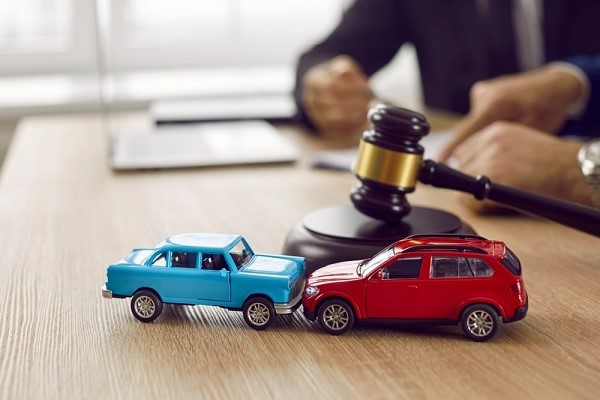 Car accident law refers to the laws that govern the resulting legal issues and claims when someone is injured or killed in an auto accident. While car accidents can occur for many reasons, they are often the result of a person’s negligence, whether intentional or not. Fortunately, there are several defenses available in such cases. Some of these include Contributory Negligence, the Statute of Limitations, and the Pure Comparative Fault rule.

Contributory negligence is a legal defense that is used in many states. The defense is intended to protect the plaintiff who has suffered an injury because of another person’s fault. However, this rule can be used in an unfair way.

If you have been injured in a car accident, you may be eligible for compensation. The amount you receive is determined by several factors. But one of the most important is whether you were partly responsible.

If you are partially at fault, you can receive less money. That’s because the amount you are compensated is reduced by a percentage of the fault attributed to you.

One example of a contributory negligence case is when a drunk driver runs a red light. He then rear-ends a turning car. As a result, the driver experiences serious injuries.

Another common example of a contributory negligence case is a cyclist who suffers a concussion. This is because he failed to wear a helmet.

In many states, the Pure Comparative Fault Rule has been implemented. If you have been injured in an auto accident, you may be able to receive monetary compensation from the at-fault driver’s insurance company. The amount of money that you receive depends on the damages that were incurred, as well as the percentage of fault that was involved.

A car accident can be a complex matter, especially when multiple parties are involved. You need to prove that you were injured in order to receive a fair settlement. But you can also negotiate with an insurance company until you find a settlement that is agreeable to both parties.

Whether you are seeking compensation for damages or seeking to prevent an auto accident from happening, you need to know the basic concepts of pure comparative fault.

A statute of limitations is a law that sets a limit for when a case can be filed. These laws are designed to prevent lawsuits from clogging up the judicial system. They also allow for the gathering of time-sensitive evidence.

Statutes of limitations vary from state to state. In some states, a personal injury claim is only due two years from the date of the accident. While this may sound like plenty of time, the fact is that many injury cases take more than that to resolve.

However, there are exceptions to the rule. For example, a slip and fall has a two-year statute of limitations. Also, a lawsuit can be filed for a wrongful death if the victim dies within two years of the accident.

When you are sued for a car accident, you are likely to face several different defenses. Some defenses can be factual, while others are legal or procedural. However, most defenses involve fault.

One of the most common defenses used by defendants in motor vehicle accidents is contributory negligence. This defense states that you did not cause the accident, and therefore, you can’t recover damages.

In a case of wrongful death, the surviving family members can file a claim against the defendant. If they can prove that the defendant’s conduct was solely responsible for the decedent’s death, the victim’s damages may be reduced.